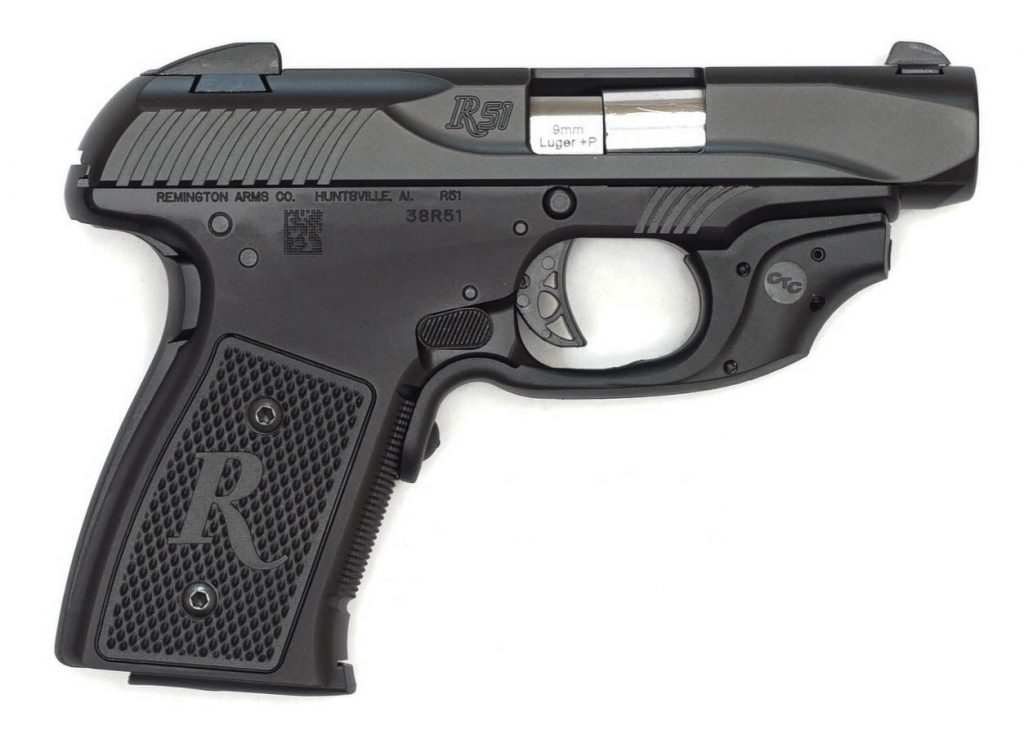 This Remington R51 is a really great gun. I bought it at the end of 2017 for $500 (including the Crimson Trace laser sight) while Remington was offering a $100 mail-in-rebate. I have to applaud Remington for going through the significant trouble of launching a pistol based on the Pedersen “hesitation lock.”

Previously, pocket guns with such a low profile were only available with simple blowback actions, which limits them to .380ACP or lighter cartridges. The R51 is rated for 9mm +P, which puts it in the realm of “full-power” defensive handguns. At one time I owned a Sig P232, which is a very slick .380ACP pocket gun, but I sold it some years ago during a caliber consolidation. Subsequently my only gun that really fit a pocket holster was the S&W 642 revolver. Lacking the cylinder bulge, the R51 is easier to carry in a pocket. If you’re looking for an “everyday carry” gun, you could end your search here on that basis alone.

In the extensive marketplace of “full power” autoloading handguns the R51 stands out for its astonishingly low bore axis. 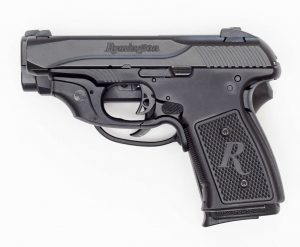 When placed on top of my second-smallest autoloading pistol, a Sig P239, the size benefit of the R51’s Pedersen action is glaring. There is some debate regarding the shooting benefit of a lower bore axis: Physically it certainly results in much less muzzle flip than is produced by a high-axis tilting-barrel design like that of the P239. My study last year (which happened to use a P239) showed that it does not take much coaching to compensate for muzzle flip. But I was most interested in comparing the recoil experience between these two otherwise similar handguns. I took my P239 (in 9mm) to shoot alongside the R51 because their specifications are very close: They both have 3.5″ barrels (+.1″ for the P239, -.1″ for the R51) and an unloaded weight about 24 ounces (+2oz for the P239, -2oz for the R51). The P239 magazine holds 8 rounds and the R51 magazine holds 7.

There is no question that the R51 has markedly little muzzle flip. But it’s still the same weight gun shooting the same power as the P239: that recoil energy has to go somewhere, and in this case it goes straight back into your hand. I would describe the R51 recoil as relatively snappy, perhaps even “sharp.” (I should also note that I’m one of those guys who doesn’t mind shooting dozens of 300gr .44magnum rounds from my snubby S&W 629, so when I describe recoil as “sharp” it might not be something everyone will easily tolerate during extensive shooting.) Does the lack of muzzle flip help keep the gun on target? I’m not sure. After one shooting session I wasn’t convinced that I could train myself to get back on target any faster with the R51 than I can with the P239. But that’s precision shooting, and maybe the low bore axis is more of a benefit in “point” shooting, which one might argue is more relevant to defensive scenarios. 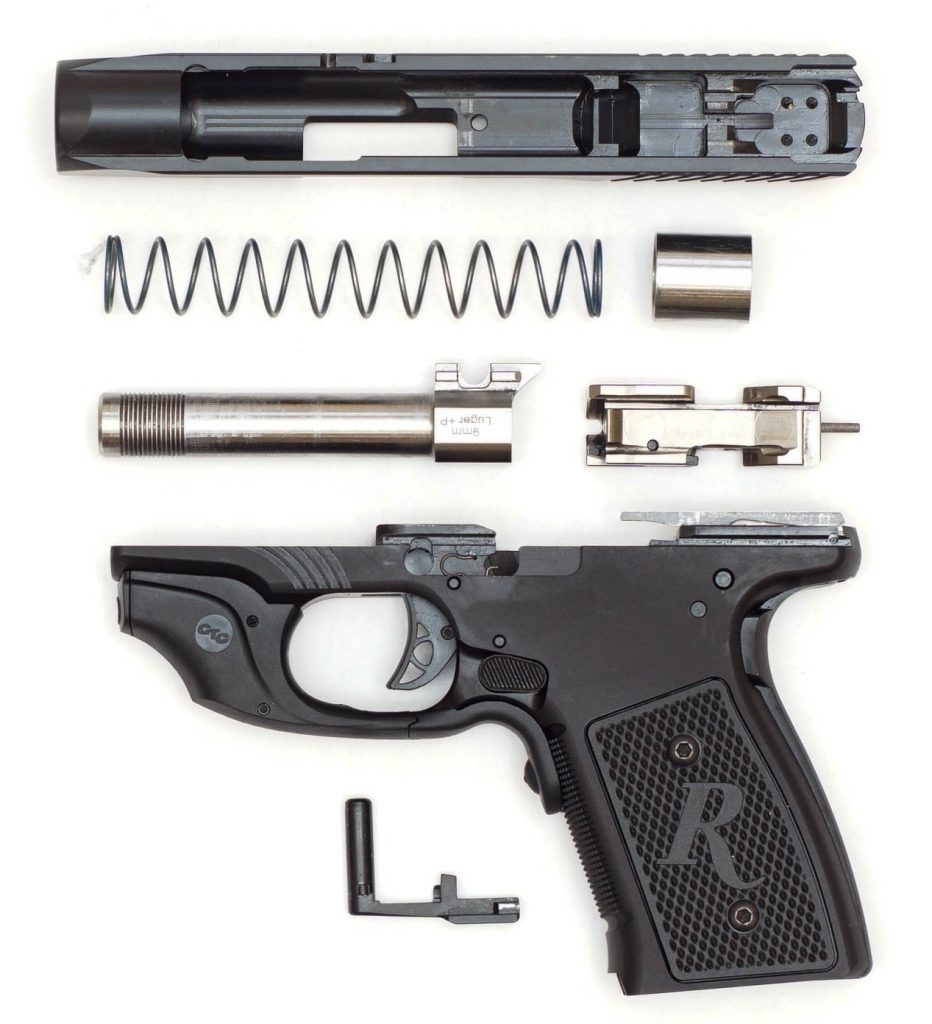 The R51 requires no tools and only a few steps to disassemble. I found disassembly and reassembly a little tricky, probably due to my lack of familiarity with the design. For example: the front of the barrel is grooved because in the first step of disassembly it has to be held opposite the recoil spring tension while pushing the slide stop out the side of the frame. The last step of reassembly, as the slide stop is pushed home to lock everything together, requires a small tab to slip underneath the tiny tail of the slide-stop spring. The second time I reassembled this gun it slipped above that spring. Fortunately the function check revealed the reassembly failure, but it appears careful attention is needed to ensure the slide stop correctly engages that spring tail.

It is noteworthy that I could shoot the R51 against the P239 and not find its quality lacking. Its build, fit, and finish are top-notch. The R51 has a very crisp 5.5-pound single-action trigger. Its grip safety is unobtrusive and gave me no problems.

Like all short guns its accuracy is limited by its short sight radius, which is a good reason to get it with the laser sight.