The LaRue OBR represents the pinnacle of autoloading medium-caliber rifles. It’s not the only premium AR-10-pattern gun on the market, but it’s probably the best deal. The base rifle is just over $3000 … plus a wait currently running about eight months. Fit and finish on this hand-built gun is superlative. In fact, the tolerance between the upper and lower was so tight I had to use a rubber mallet to separate them at the rear takedown pin.

The 18″ .308 caliber model here has been kitted up with LaRue’s quick-detach scope mount ($264), a $2200 Nightforce F1 NXS scope, Atlas QD bipod ($280), and $1250 Thunder Beast 30BA suppressor. Suppressor compatibility is one of the great features of this gun: It has a port selector on the gas block that toggles to the right to reduce blowback when shooting with a suppressor. And, since even that won’t prevent carbon fouling of the action, most of the BCG has a polished chrome finish that wipes clean — shown here cleaned after its first extended range session: 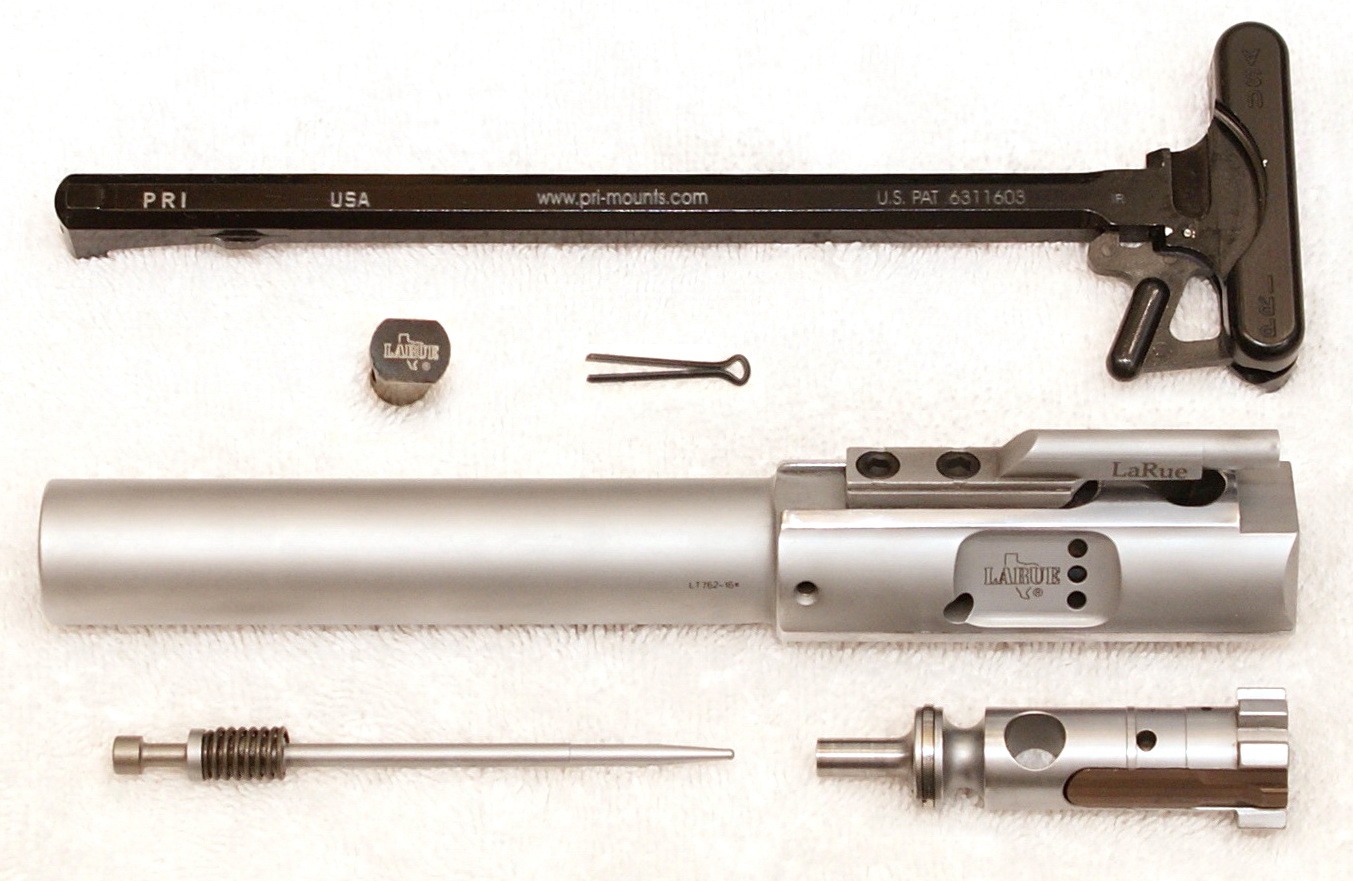 The rifle comes with two of LaRue’s M110 20-round magazines, which are slicked-up boxes with a fully-welded seam in the rear to maximize loadable cartridge length. Additional LaRue mags run $75/apiece.

A couple of sons joined us for the rifle’s inauguration. After we sighted in at 200 yards a 90-pound 12-year-old with little experience was able to get behind it and ring two 10-inch swinging plates, alternating back and forth with no hesitation, for a full magazine. It was an impressive feat. Before moving to more distant steel I jumped on it and took the first four shots at 300 yards with my 150gr handload optimized for 18″ barrels:

With both 168gr FGMM and this handload the rifle is easily a 1/2 MOA gun. Update: Further testing at 100 yards using state-of-the-art statistics show its CEP is under 0.4MOA.

The trigger is a crisp Geissele SSA two-stage, with about two pounds on each stage. When given the choice I opt for single-stage triggers, but on a rifle designed for the most grueling field conditions I can agree that a two-stage offers an extra layer of control while still allowing for the precision of a light pull.